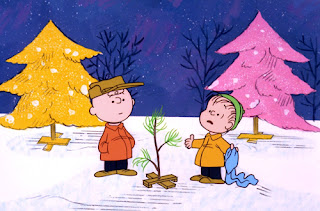 It's important to note that the December 5th broadcast of A Charlie Brown Christmas will be edited to fit into a half-hour time slot; ABC is using it as a lead-in to their new Prep & Landing 2 special, which is airing in the following half-hour.

If you want to see the unedited version of the Peanuts special, you should wait to tune in until the December 15 broadcast, when A Charlie Brown Christmas has a full hour time slot and will run unedited together with a Prep & Landing short and Charlie Brown's Christmas Tales.

(This isn't the first time ABC has broadcast the edited version of A Charlie Brown Christmas first and then the unedited one later; they did the same thing in 2009 when the first Prep & Landing special aired. Considering ABC received quite a few complaints from viewers who didn't realize an unedited version of the special was airing a week later, it's a little surprising they've chosen to do the same thing again.)

And in addition to the original Christmas special, the 2003 special I Want a Dog for Christmas, Charlie Brown will also be airing twice on ABC in December. The first broadcast will be Monday, December 12 from 8:00 - 9:00 PM, and the second on Thursday, December 22 from 9:00 - 10:00 PM (all times Eastern/Pacific).
Posted by Scott McGuire at 3:17 PM