The Snoopy Show and Be My Valentine, Charlie Brown now streaming on AppleTV+

All six episodes of the new Peanuts animated series The Snoopy Show are now available to stream on the subscription service Apple TV+.  Each episode consists of three, seven-minute stories.  For more details, see our previous blog post.

The Snoopy Show has gotten a fair bit of press, here's a selection of the most interesting news articles: 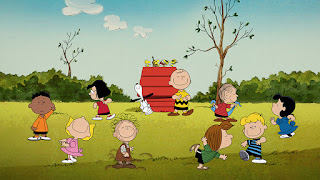 Apple has also added the classic 1975 half-hour special Be My Valentine, Charlie Brown to Apple TV+ ; it premiered on the service on February 5, 2021.

There is no over-the-air television broadcast of Be My Valentine in 2021, and there is no free viewing period like there was for the Thanksgiving and Christmas specials, it is only available to Apple TV+ subscribers.