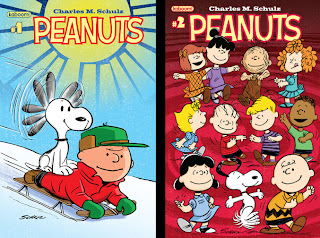 These programs are free with the price of Museum admission.

The creative talents cited above will give an illustrated, behind-the-scenes look at the process, to show how new Peanuts stories and artwork are being developed. The presentation will be followed by a comic book signing and workshops on how to draw your own Peanuts characters, with Whitlock and Scott.